The Worldwide Impact of Online Training for Suicide Prevention

Medical education has long been a part of McLean Hospital’s mission, with programs aimed at both clinicians and the general public. But a long-planned suicide assessment workshop, held virtually in October 2021, brought home the value of online options as a way to reach the most people in the most efficient way.

The pandemic was not the impetus for the five-hour session, the first in an ongoing series of continuing education programs, but it certainly didn’t hurt attendance.

“We’ve been really focused on educating the public about depression, anxiety, eating disorders, trauma disorders, all these different things, but wanted to do more,” said Scott J. O’Brien, McLean’s director of Education Outreach.

“We know that there’s already a lot of support groups related to suicide, but those are for people who have already lost someone. So we started having conversations around what we can do to positively impact people before they are in crisis.”

To do that, McLean partnered with the Department of Psychiatry and Behavioral Sciences at the Stanford University School of Medicine to focus on educating health care professionals of all kinds about suicide risk and prevention.

The program brought national suicide experts together to present the most recent, leading-edge advances in suicide-focused assessment and treatment.

The professionals who received continuing medical education (CME) credits for attending the session ran the gamut from doctors to nurses and social workers, and drew interested individuals from time zones around the globe.

“The target audience was mental health providers of all kinds,” O’Brien said. 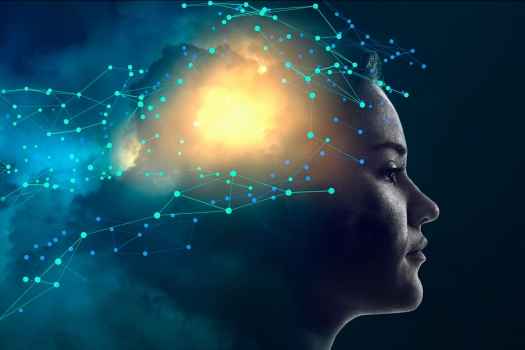 Suicide-Focused Assessment and Treatment: An Update for Professionals will be held virtually October 26, 2022. The course is free, and continuing education credits are available for a small fee.

The workshop offered attendees an update on understanding how to evaluate suicidal ideation and what to do when someone is in crisis, and also discussion of the prevalence of suicidal thoughts and behaviors in minority populations.

People will usually go to a primary care physician or a pediatrician when looking for help, O’Brien explained. But many people, including some health care professionals, are still not comfortable having conversations around suicidal ideation.

“To further complicate matters, if a patient says that they’ve thought about harming themselves, there are some providers who don’t know exactly what to do in that moment.”

These issues are exacerbated for health care professionals who have difficulty accessing mental health education opportunities. Some don’t live close to academic medical centers, which often have educational opportunities for local providers. Others cannot take time out from a busy caseload to travel to a multiday professional development conference in another city.

“The exceptional value of the virtual workshop was its ability to simultaneously educate some 1,800 professionals who signed up from 68 countries around the globe, 83% of whom were health care providers,” said O’Brien. “An additional 2,500 people have viewed the workshop since it originally aired.”

Buoyed by the success, O’Brien said that plans are underway for a 2022 suicide assessment event, as well as another program focused on the global impact of trauma.

In his opening remarks at the 2021 workshop, Scott L. Rauch, MD, president and psychiatrist in chief of McLean, referred to suicide as “a pandemic that is insidiously affecting thousands of American families each year, with nearly 50,000 people dying from suicide in the U.S.”

Rauch added, “It’s critical that we, as clinicians, educators, and trusted members of our communities, arm ourselves with the skills that we can apply in our daily work, to better care for those who are most vulnerable and need our support.”

Compared to many other areas of the world, the U.S. has seen suicide rates increase in the past two decades, with the suicide rate rising from 35% to 45% from 2001 to 2018. Data shows a decline in suicide rates in 2019 and 2020, however—a drop that offers some hope that the trend may be changing. The full picture remains complicated, as rates of anxiety and depression have increased and deaths due to drug overdoses were up by 30% in 2020.

In her talk on the trends and science of suicide prevention, Christine Moutier, MD, chief medical officer of the American Foundation for Suicide Prevention (AFSP), made a point that was reflected in all of the day’s workshop presentations: suicide is complex.

Sharing some hopeful news, Moutier cited a Harris poll done in conjunction with AFSP showing that 96% of American adults now view their mental health as just as important as their physical health. She noted the positive impact of celebrities, such as Simone Biles and Naomi Osaka, coming forward about their mental health challenges.

Another step in the right direction? Moutier said that the national discourse on suicide prevention is based more on science than it has been in the past.

“What we’re seeing, especially during COVID—but it certainly had begun long before COVID—was that there has been a momentum and a change in the political will and a readiness to engage in a deeper understanding and implementation of policies and practice at the state and federal level that have to do with communities as well as clinical enterprise, that really amount to suicide prevention. And I would say this is just getting started.”

Workshop presenters highlighted trends and specific risks for special populations. Ross J. Baldessarini, MD, director of the International Consortium for Bipolar & Psychotic Disorders Research at McLean, emphasized that release from the hospital is a high-risk time for patients and stressed the importance of prioritizing the link between inpatient and outpatient care.

In reviewing suicide and special populations, Tami D. Benton, MD, psychiatrist in chief at Children’s Hospital of Philadelphia, said that the rates of suicide and suicide attempts among minoritized youth are much higher than previously recognized. Benton outlined how traumatic experiences—including the trauma of racism—play a role, and emphasized the importance of culturally appropriate care.

Hear From the Experts: Watch Now! 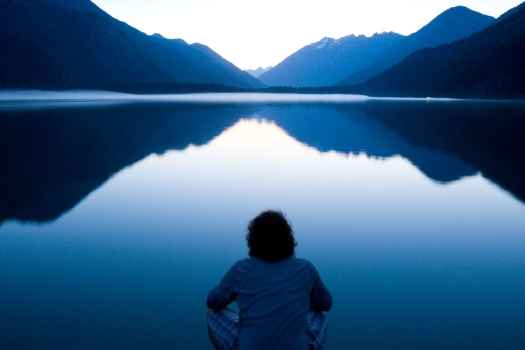 Did you miss the event? Want to rewatch a talk by one of our expert speakers? Session recordings are available to watch on demand.

Looking at the challenges of addressing suicide in older adults, Yeates Conwell, MD, professor of psychiatry at the University of Rochester, outlined his “5 D’s” framework for conceptualizing the issue: depression, disease, disability, disconnectedness, and deadly means.

Conwell pointed out how suicide is more lethal later in life, how older adults are more likely to use guns to kill themselves than any other age group, and how primary care can play a key role in suicide prevention in this population.

David A. Jobes, PhD, professor of psychology at the Catholic University of America, highlighted effective traditional suicide assessments while sharing information on the field’s latest innovations. He also covered effective treatments for self-harm behavior, including the collaborative assessment and management of suicidality (CAMS) framework he developed with colleagues.

Barbara H. Stanley, PhD, professor of medical psychology at Columbia University, discussed how a safety plan is part of a larger system that addresses a person’s acute risk of suicide and what is involved in developing an effective safety plan.

Madelyn Gould, PhD, MPH, Irving Philips professor of epidemiology in psychiatry at Columbia University, walked participants through the effectiveness of U.S. suicide crisis lines and explained how The National Suicide Hotline Designation Act of 2020, which designates 988 as the national number for suicide prevention and mental health crisis response, will be a game changer in the national mental health crisis response system.

Williams described the work he and colleagues are doing to accelerate patients’ responses to transcranial magnetic stimulation (TMS). The treatment has potential to help patients with treatment-resistant depression recover rapidly during acute phases of their condition.

In discussing medications known to be effective in preventing suicide, Schatzberg described ketamine’s potential and drawbacks—particularly the drug’s waning efficacy over time. He outlined research he and colleagues are currently conducting to see if a greater therapeutic response can be attained.

October’s Suicide-Focused Assessment and Treatment workshop is the first in a series of online workshops to be offered by McLean. The seminars are designed to bring together leading experts in the field, and as many professionals as possible, to spread information and awareness on a complex and challenging topic.

Save your spot for the 2022 Suicide-Focused Assessment and Treatment Course: Register Now! 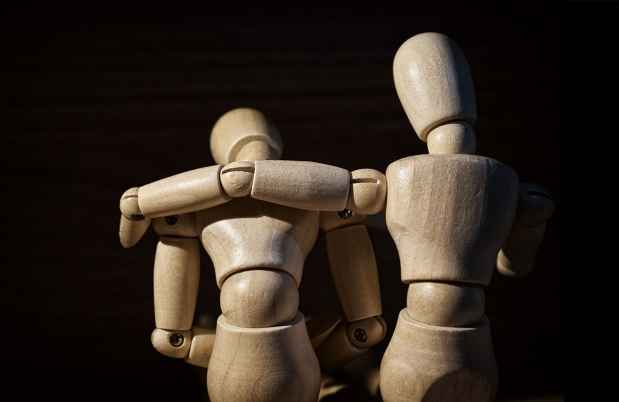 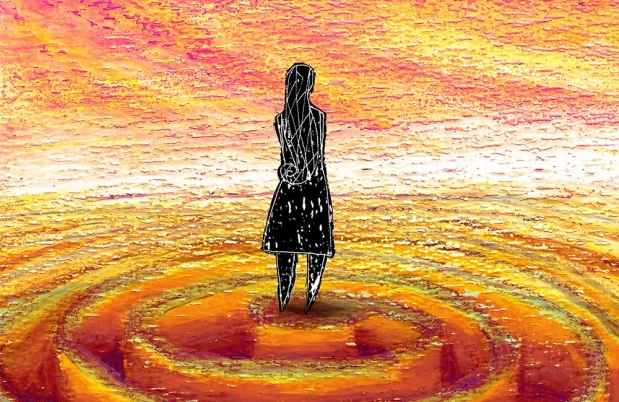 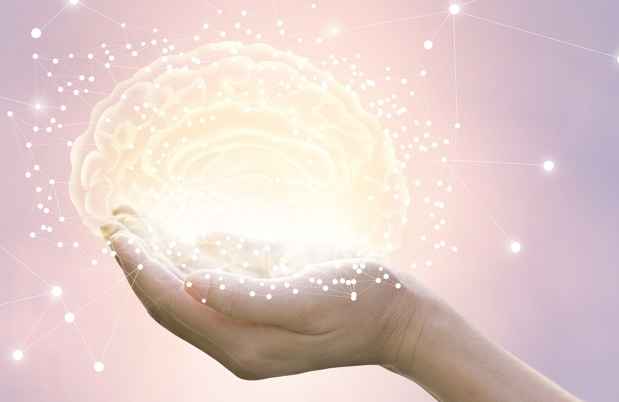